With over 20 million people in the UK drinking at least one cup of tea per day, there are almost as many opinions on how to make the perfect brew.
‍
It's so easy to make a cup of tea, yet the results can often be disappointing. Tea preparation depends on a few simple factors such as the water, its temperature and the type of leaves you are using. Once you've learned the secrets of making the perfect brew, you'll always gain the most satisfying flavours from your favourite varieties.
‍
Read on to learn about some of the main things to consider to help you get that cup of tea just right. 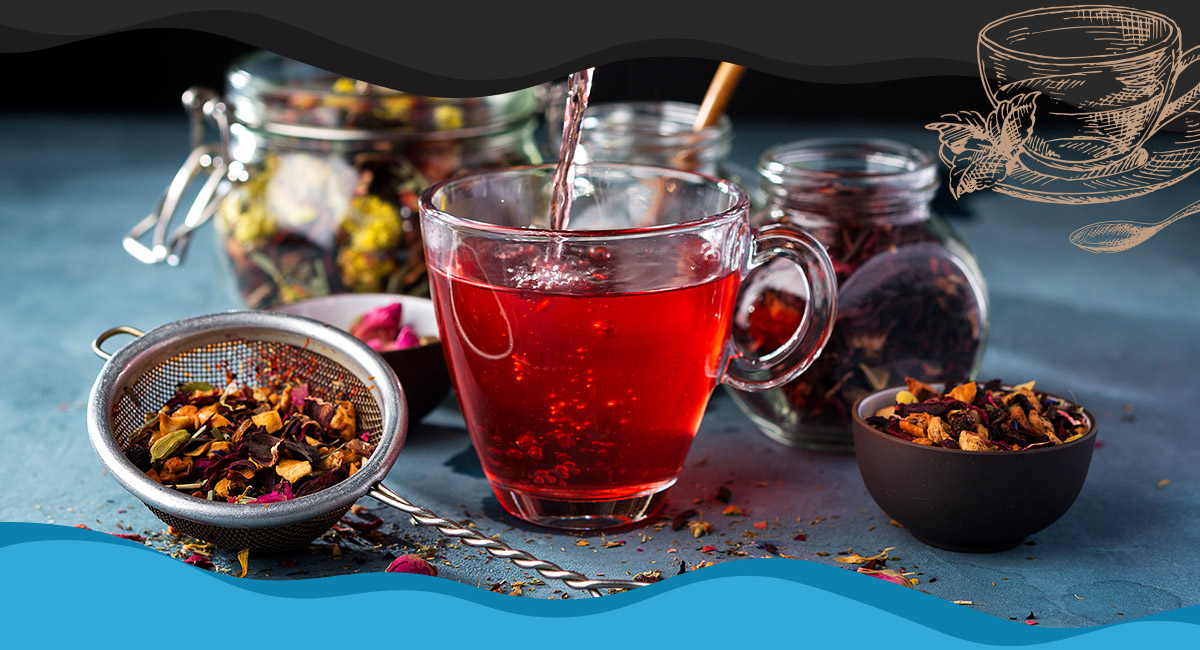 One of the most controversial points is whether loose-leaf or tea bags make the perfect brew. Teabags were first launched accidentally by Thomas Sullivan of New York in 1911. He made tiny silk pouches containing samples of his latest tea supplies and sent them to his customers. They mistakenly believed the little bags were supposed to be used with the dried leaves still inside. Thomas' customers were thrilled with the convenience and by the 1930s, Americans much preferred teabags. 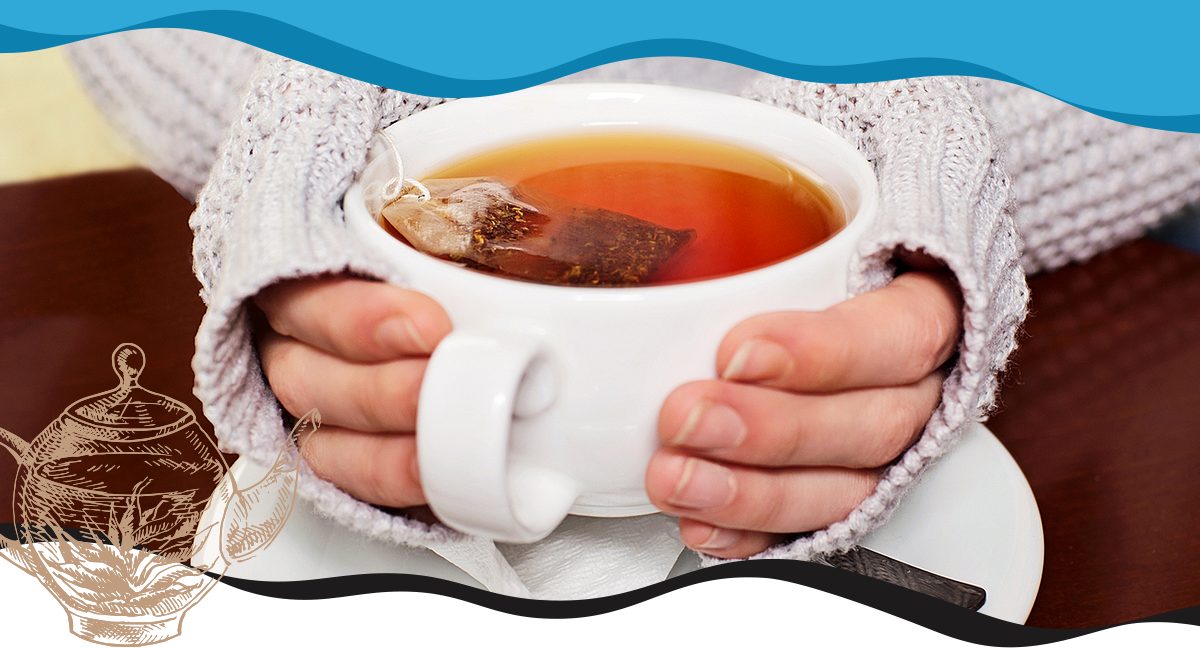 What's in a Tea Bag?

Great Britain, notorious for its tea time habits, wasn't convinced until the 1970s that teabags were the way to make a brew. However, ask any sommelier, and they'll often tell you that loose-leaf varieties usually produce a much tastier, full-flavoured brew.
‍
The main difference is teabags generally contain dust, known as fannings, that's left at the bottom of the large metal drums where lesser grades are processed in a method known as crush, tear, cut (CTC). Either use loose leaves inside a metal infuser or choose a high-quality, plastic-free tea bag containing whole, rolled leaves.
‍
Despite some tea aficionados opting for loose leaf tea, tea bags remain the most popular way to consume the beverage in the UK, with an estimated 61 billion used every year! Around 90% of tea drunk in the UK is black tea, with breakfast blend being the most popular. 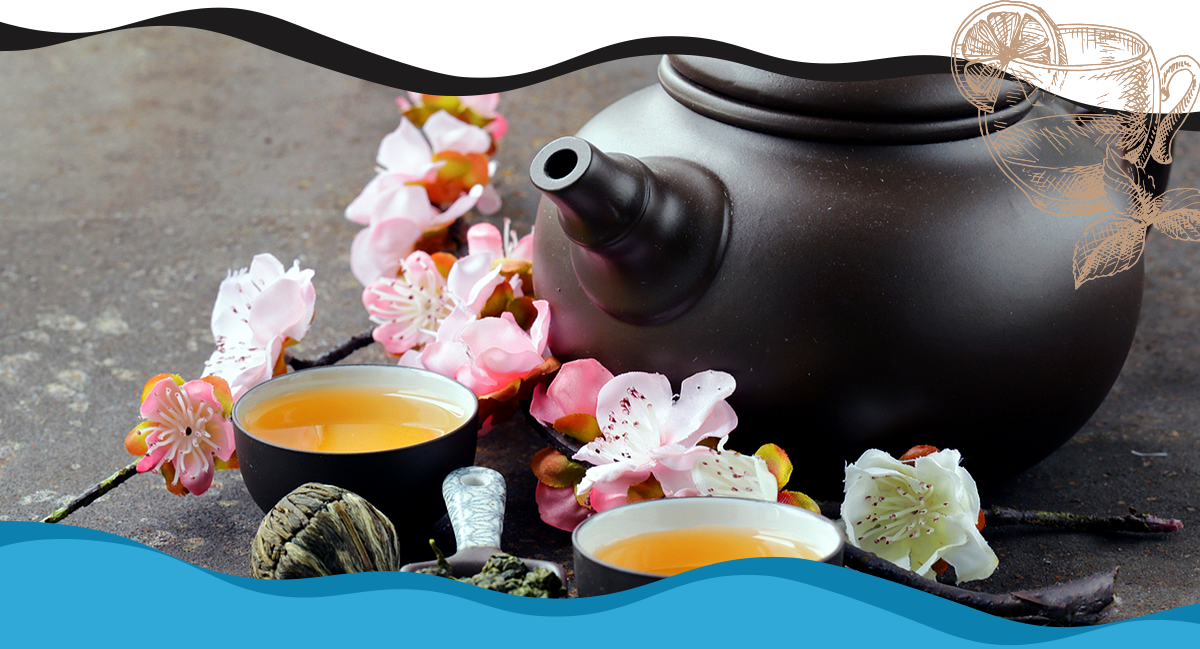 Tea Brewed In A Teapot vs A Mug

In 2737 BC, the Ancient Chinese Emperor Shennong found leaves from the tea-bush, Camellia sinensis, floating in his bowl of hot water. He was delighted with its refreshing qualities and began the custom of drinking tea.
‍
The Emperor much preferred making his brew in a teapot as its rounded bowl provided plenty of room for the leaves to unfurl and release their intricate flavours. Making your brew in a cup or mug doesn't provide the same amount of space for the flavours to fully develop. Using a teapot adds just a few seconds to making a brew. However, your choice depends on personal preference, with many people preferring the convenience of putting a tea bag into a mug, topping up with hot water, then removing the bag when the tea is at just the right strength.
‍
In fact, many single serve options such as tea bags for hotels and meeting rooms are designed precisely for preparation in a mug or cup. 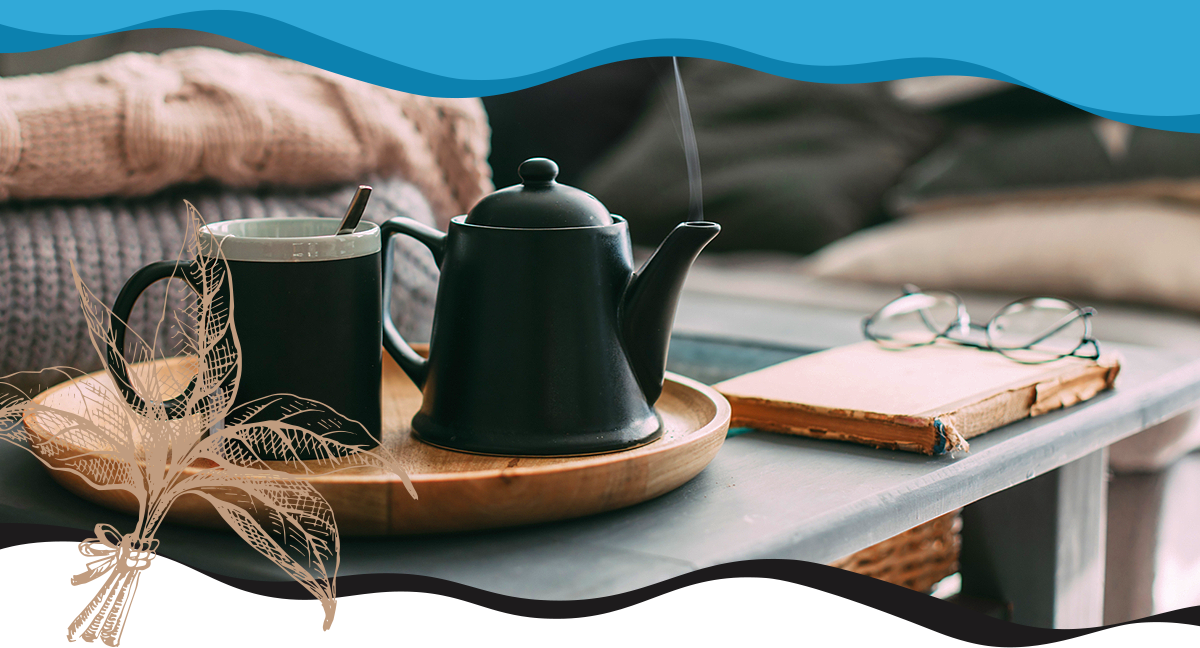 Tea's invigorating qualities rely on oxygenated water to make it refreshing. Never use water that has already boiled. It will have lost its oxygen content and leave your cuppa tasting lifeless and dull.
‍
When using tap water, let it run for a minute or so to ensure it's fully aerated before filling the kettle. However, the region you live in can have a dramatic effect on the tea's taste.

Is Hard or Soft Water Better For Making Tea?

Many people agree that the best brew is made with soft water, which has a low mineral content. In the United Kingdom, the softest water of all is found in Wales and Scotland.
‍
Hard water is high in minerals such as magnesium and calcium, but they usually leave a cloudy film floating on the top of the brew. Charles, 2nd Earl Grey (1764-1845) brought everyone's attention to how the mineral content of water can affect your cuppa.
‍
At Howick Hall, Earl Grey's home in Northumbria, the water ran through limestone, making his tea taste metallic and less than refreshing. The remedy was including bergamot oil, a sharp citrus flavouring that successfully disguised the taste of the minerals.
If you live in a hard water area, using a water filter can usually remove excess minerals and provide your brew with a fresh, lively taste.
‍
Water in London is typically considered hard, however Londoners are the biggest tea drinkers in the UK with over one in five people in the capital describing themselves as a tea addict. Perhaps this means that hard water actually makes a good cuppa, or maybe Londons tea drinkers are also big users of water filters. 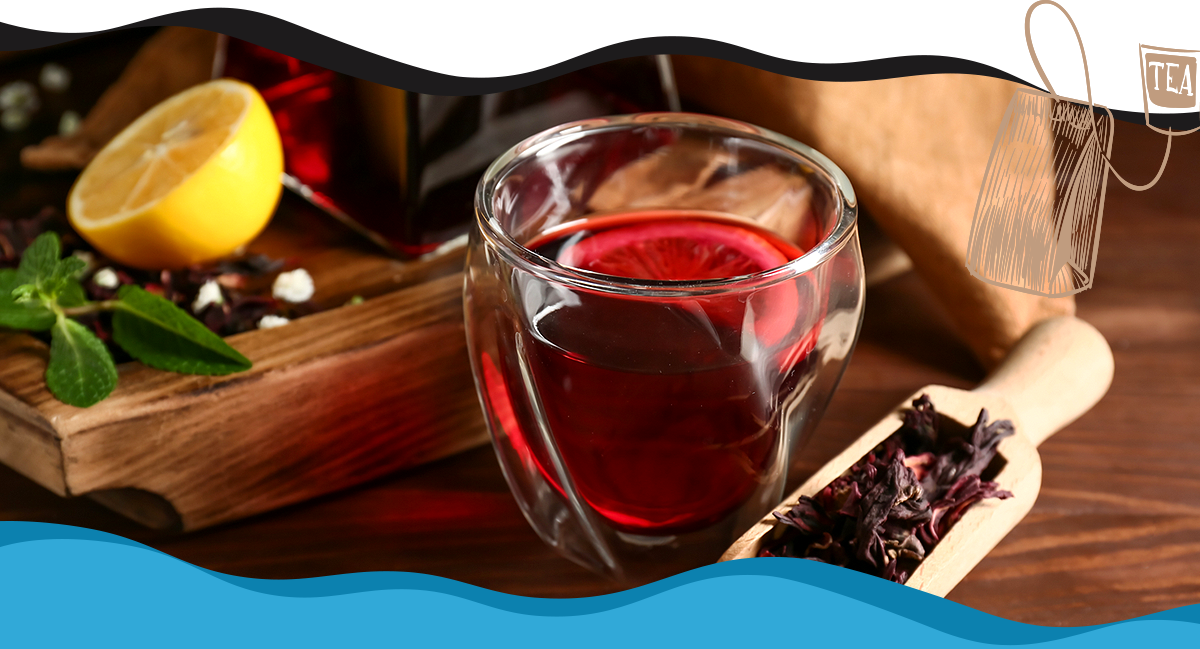 How The Temperature of the Water Affects Tea

Surprisingly, the leaves of Camellia sinensis are quite delicate and should be gently coaxed into releasing their fullest flavours. It's one reason why you should always warm the teapot or mug before adding them.
‍
Simply pour about a tablespoon of hot water into the teapot or mug, rinse it round and then discard. Now you can place your loose leaves or tea bag into a warm environment that won't send them into shock.
‍
Pouring boiling hot water over them can still scald the leaves and interrupt the way the flavours are released. However, the exact temperature you should use depends on which type you want to drink. Black tea supplies, such as Assam and Sri Lankan, are usually the strongest flavoured and can withstand the hottest water of around 98°C.
‍
Green and oolong teas prefer water at a temperature of around 80°C. The white variety is literally picked at the crack of dawn and consists of immature buds covered in soft hairs. It's the most delicate brew of all and needs a water temperature of only 60°C. Use a kettle with a temperature gauge to help you perfect your tea-making skills. Alternatively, wait for the water to cool sufficiently before using. 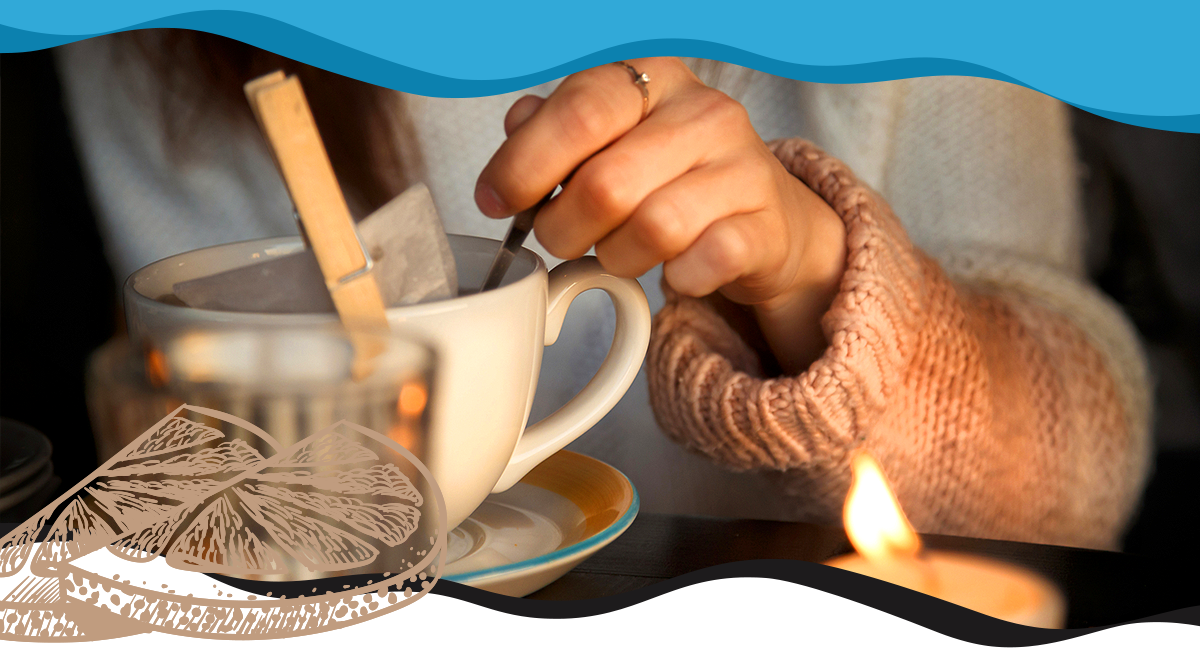 Should Tea Preparation include Stirring?

Once you've poured in the water, many people believe the leaves perform better if they are left alone. Stirring very gently just once should be more than enough to encourage the leaves to release their flavour.
‍
Avoid at all costs stirring vigorously or multiple times. The harsh action over stimulates the leaves, prompting tannins to infiltrate your brew. These chemical compounds ruin the flavour, causing it to become disproportionately bitter and strong. 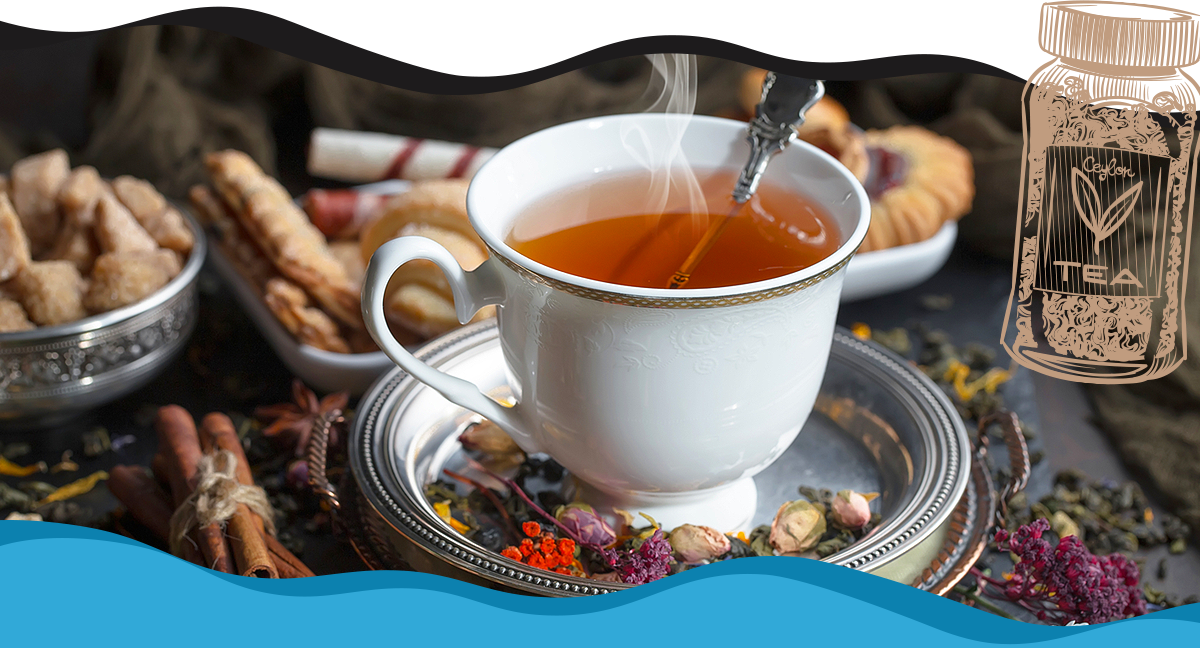 How Long Should Your Tea Brew For?

The next crucial step in tea preparation is steeping. The longer you leave it, the stronger it becomes. It also releases more caffeine, the addictive enzyme that's responsible for making the beverage so stimulating.
‍
How long you leave it depends on the tea itself and your own preference for a strong or weak brew. Black varieties such as Darjeeling, are often best when left for between three and five minutes. Green varieties reach a peak of perfection after three minutes, while delicate white should only steep for a minute or two.
‍
What constitutes the perfect strength is a much debated topic. Some people prefer tea thats been left to steep for a while, resulting in a cup thats darker in colour and stronger in flavour. Others much prefer a more lightly brewed cup, with the tea or tea bags removed quickly. Despite what some people claim, there isnt a right or wrong direction to take here; it all comes down to personal preference. 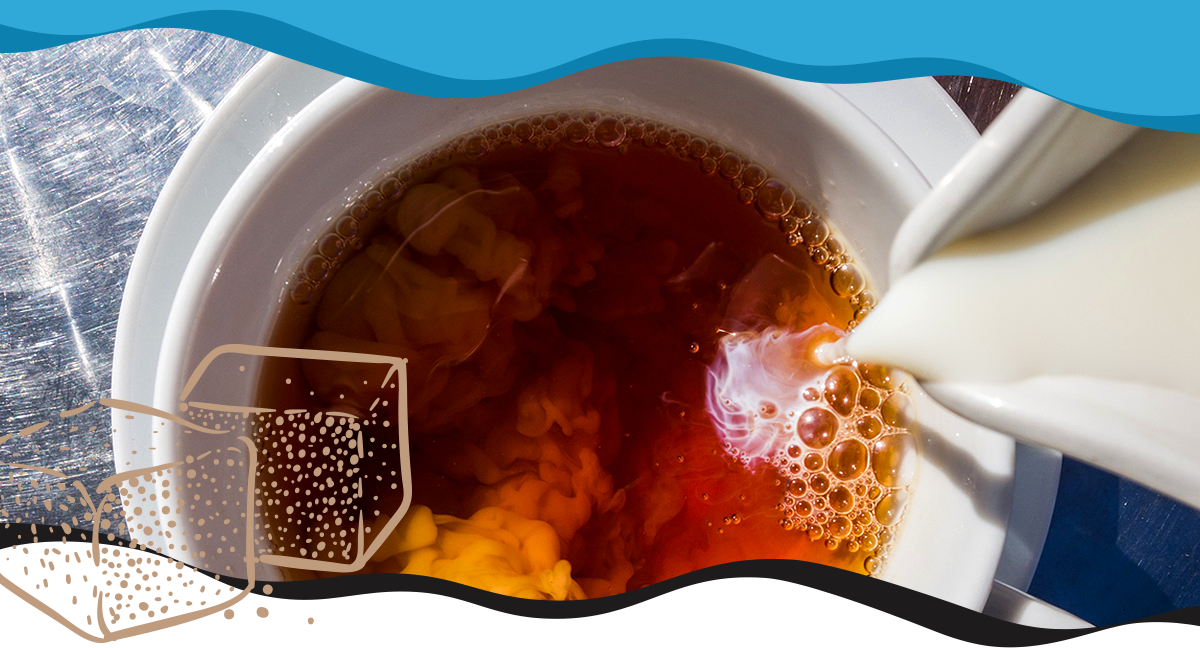 Adding milk to your brew often depends on which variety of tea you're drinking. Some oolong teas that are not fully oxidised and contain elements of green and black varieties, are often preferred without any added ingredients.
‍
The custom of adding a few drops of milk to the cup before pouring the brew out arises from the eighteenth century. Teaware, particularly exquisite fine bone china, was so thin a teacup could crack under the heat of the brew. The milk was therefore added first to cool the tea when it was poured, protecting the delicate cups of the time.
‍
Some black teas, such as a robust Assam, sometimes need sweetening to suit people's tastes. Adding milk makes the brew less bitter, but if you have a fondness for sweetness, you can add sugar. Green varieties are often sweetened with honey, but rarely taken with milk.
‍
Despite the historical reasons for adding milk to the cup before pouring the tea, many people strongly insist that the milk should be added last. Modern day tea cups, mugs and crockery are much less likely to be affected by hot beverages, and adding the milk to the already poured tea allows the drinker to see exactly what colour - and therefore how strong - the tea is. 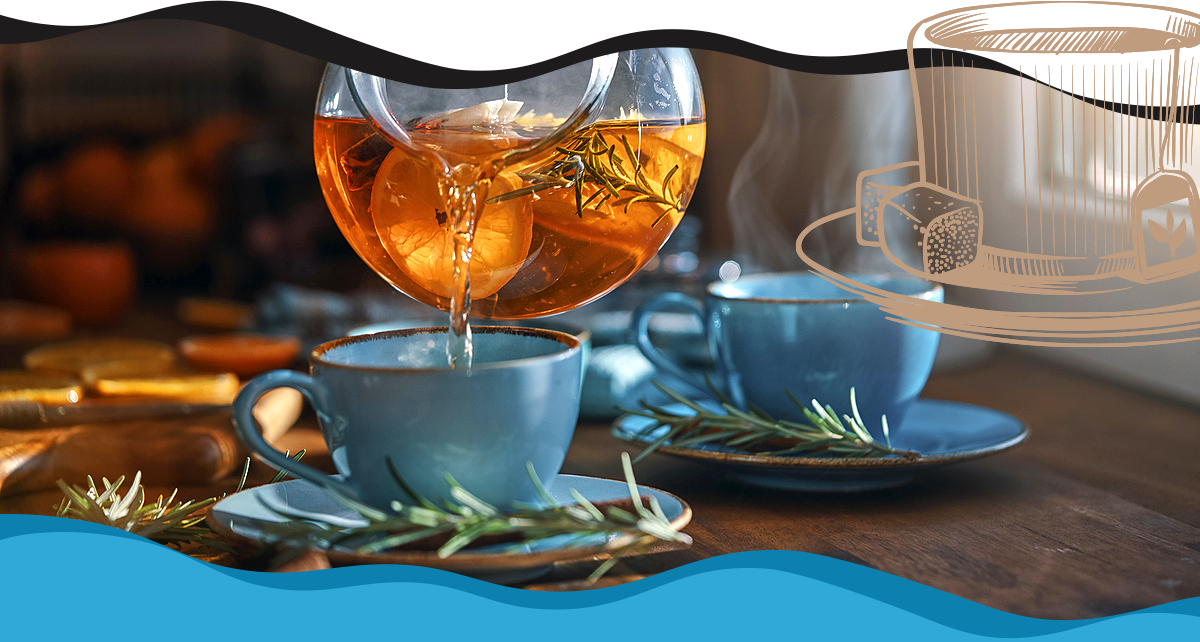 Now you should be well-equipped to make the perfect cup of tea. There's even plenty of room for personal preference to influence your tea preparation.
‍
Loose leaves or teabags, and teapots versus mugs, may always be controversial sources of debate, but much depends on using freshly drawn water.
‍
You can often improve the taste of your brew by choosing a variety that suits your local water supply. Treat loose leaves with respect and your perfect cup of tea should develop the most satisfying flavours ever.
‍
When it comes to making the perfect brew, while there are a number of recommendations that experts can mostly agree on, at the end of the day it all comes down to personal preference. So if youre making a cup, you should do so in a way that results in tea just how you like it. But its also worth trying out alternative methods to see if you can make your tea even better!