MenuX
Contact Us Login Sign up
FREE Delivery on orders over £ 59.99
Sign Up For 5% OFF Your 1st Order
Winners Of 23 Great Taste Awards
Feefo 2022 Platinum Service Winner
Next Day Coffee Supplies Available From One Of The UK's Leading Coffee Suppliers & A1 Coffee Beans Roasters
Our web site uses cookies so you can place orders and we can provide a better service. Continue to use the site as normal if you're happy with this, or find how to manage cookies. OK, got it

A Guide To
The Worlds Biggest Coffee Growers

Coffee has grown into a massive industry, and it should come as no surprise that it is now one of the most important commodities in the world.
‍
Coffee is popular at breakfast tables, and with a coffee shop apparently on every street corner, it is easy to see why the production of coffee has grown to be such a large industry.
‍
Because climates differ from one country to the next, cultivation of coffee beans is not suited for every location. This means that there are some coffee-producing countries in the globe that stand out from the rest because they are able to produce significantly more than others.

Before we delve into who is producing those beautiful little beans of deliciousness, let us look at the different types of coffee beans available. 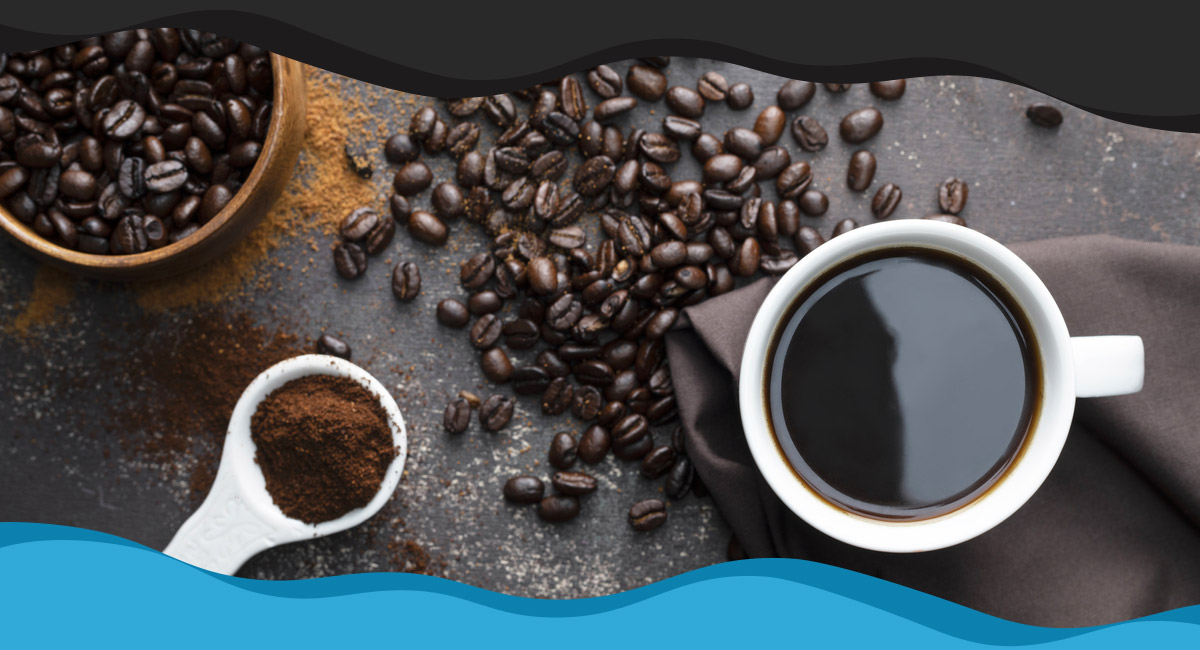 The Different Types Of Coffee Beans

There are four basic types of coffee beans: Arabica, Robusta, Liberica, and Excelsa. All of the coffee beans have completely different taste profiles, and you may well find yourself surprised when it comes to choosing your favourite! 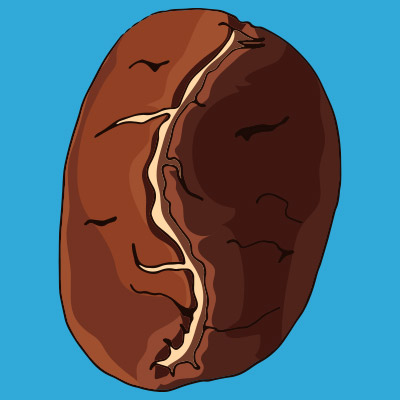 Arabica beans, widely regarded as one of the most popular and well-known varieties of coffee beans, are the most commonly produced variety and are often believed to be of superior quality. Arabica coffee beans account for more than 60% of all coffee beans produced worldwide.
‍
Due to the fact that these beans are cultivated at high altitudes, they must be planted in an area with consistent rainfall and lots of shade.
‍
Perhaps one of the reasons that this is a coffee bean variety that is grown all over the world is that the trees are easy to care for, they are relatively tiny, and they are also simple to prune. Despite the fact that they are fragile and can be impacted by their environment. Arabica coffee is flavourful and aromatic. 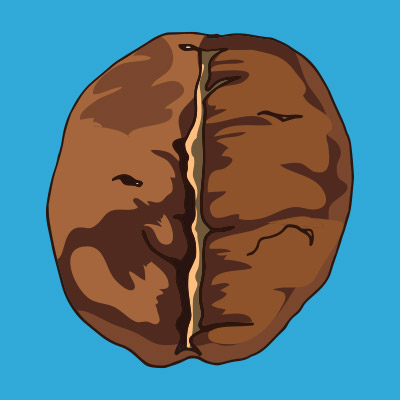 The next variety of coffee beans is Robusta, which is the second most widely grown in the world after Arabica. The name Robusta alludes to the fact that it is a super hardy bean, and is immune to a whole host of diseases.
‍
When it comes to growing conditions, this type of coffee bean does best in a hot climate with sporadic rainfall. It may also be grown at a variety of elevations. Because they contain twice the amount of caffeine found in Arabica beans, those grown on the Robusta plant are a good choice for a true energy boost. However, they have a more harsh flavour than Arabica beans.
‍
A smooth texture is also present, and it is commonly claimed that the beans have a subtle chocolate flavour to them, which makes them great for serving with milk and sugar - ideal in iced coffees. 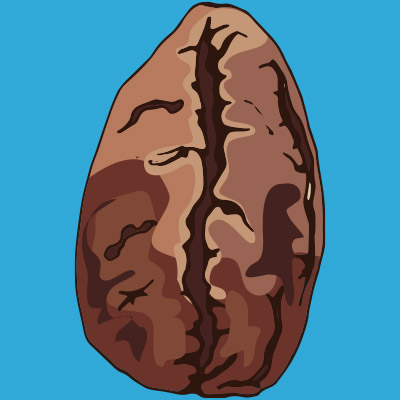 The Liberica bean is one of the most difficult varieties of coffee bean to obtain. Their size and shape are different from the other beans, and they are the only ones in the world known to have an irregular shape. A distinguishing characteristic of Liberica beans is their aroma, which some people describe as being not just smoky but also fruity and floral in nature. 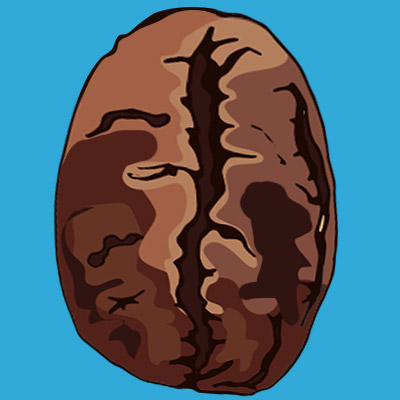 Excelsa only accounts for about 1 percent of the world market share in coffee beans, and so is expensive and difficult to get hold of. It is a member of the Liberica bean family and does not require a lot of water to thrive. So, now we know the four main varieties of coffee, let us take a look at the coffee growers of the world! 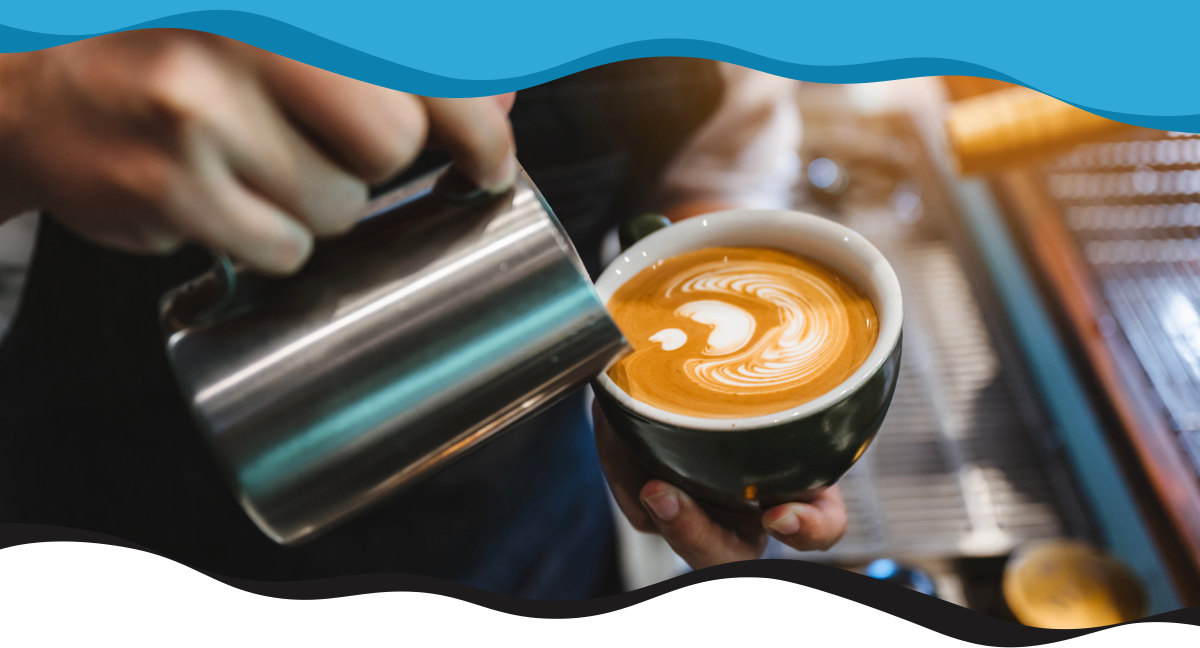 Who Are The Top Coffee Growers In The World?

Top ten and their percentage of the coffee market 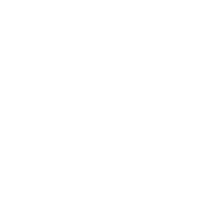 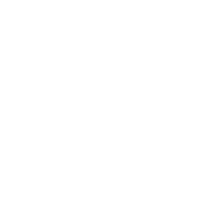 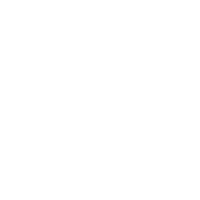 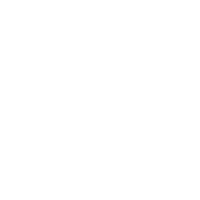 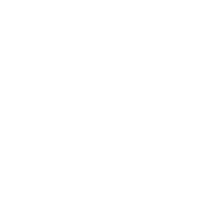 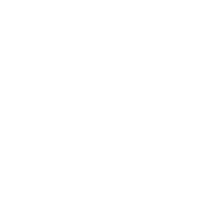 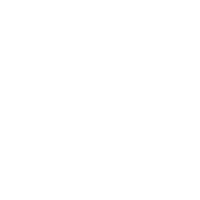 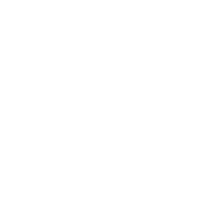 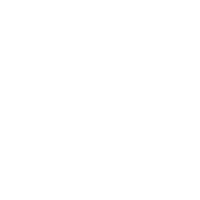 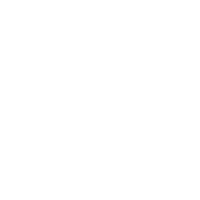 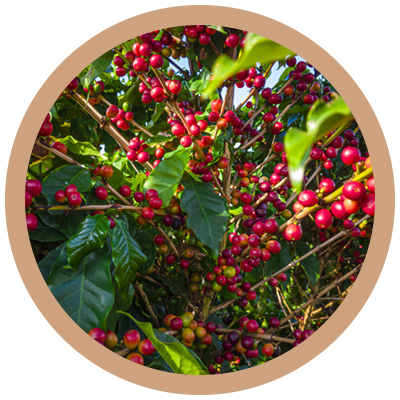 Brazil is the world's greatest producer of coffee, primarily Arabica, and is the world's top exporter of the bean. Brazil's coffee output accounts for around one-third of the world's total coffee production.
‍
Coffee isnt actually indigenous to Brazil - it was imported in 1727 by Francisco de Mello Palheta who brought the coffee crops over from Guyana.
‍
The smoothness, well-roundedness, and low acidity of Brazilian coffee have earned it a cult following worldwide. Brazilian coffees are generally known for being full-bodied with nutty overtones and less intense than their counterparts in other parts of the world.
‍
Coffee fact: Brazilian athletes were forced to raise money for their travel to the 1932 Summer Olympics in Los Angeles by selling coffee along the journey. 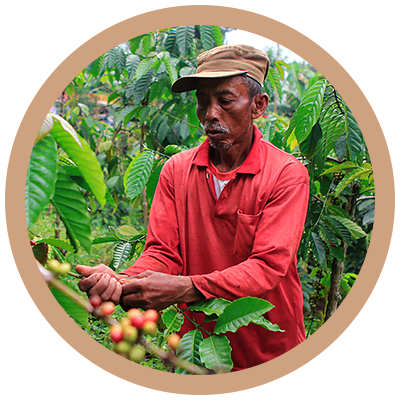 Like some of the other large producers of coffee, Indonesia was introduced to coffee growing by outsiders; in this case, the Dutch Colonial government. Plantations were established in Sumatra and Java, which are now synonymous with coffee growing. In the 19th century, the region was hit by coffee rust, so they turned to the production of Liberica coffee, and then Robusta, which now makes up 90% of all coffee produced in Indonesia. Sumatra, however, is mainly Arabica.
‍
Indonesia is well known for its full bodied coffees, many of which have a slightly smoky taste and strong, inviting aroma. Java in particular, which is known for its strong flavour profile, comes from the island of Java which was the first part of Indonesia to grow coffee, while Sumatran coffee is consistently favoured by drinkers around the world.
‍
Coffee fact: Sumatran coffee is Starbucks' most popular selling coffee bean. 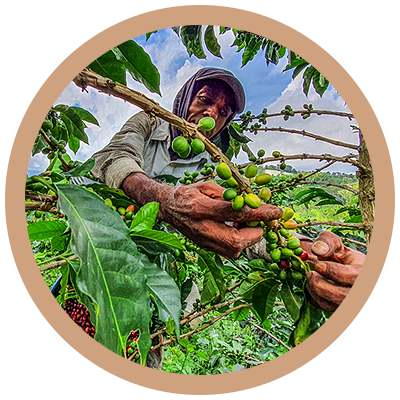 In Colombia, a large proportion of the coffee that is produced is farmed on tiny family-run farms. Many of these farms have less than 12 acres of land under cultivation. There are around half a million households that are working extremely hard to provide us with these delicious green beans.
‍
Colombian coffee is prepared entirely from arabica beans, despite the fact that they produce less caffeine than robusta. Because of the way Colombia's entire coffee business is set up, there is a great emphasis on quality in the country.
‍
The workers will inspect the plants approximately every 10 days during the harvest seasons and will choose the best cherries, leaving the remainder of the cherries to continue ripening until the right time to harvest them.
‍
This is in contrast to other locations, where they will engage in a technique known as strip picking, which means they will pick all of the cherries from a given branch at the same time, regardless of whether they are all ready to harvest or not.
‍
Coffee fact: One of Colombia's most popular tourist attractions is a coffee-themed amusement park. 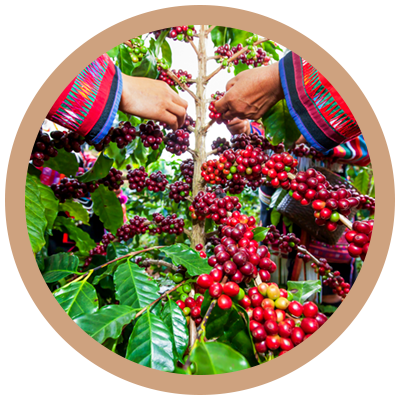 Vietnam is the world's second-largest producer of coffee after Brazil. Coffee, which ranks second only to rice as Vietnam's most important export commodity, accounts for more than 18 per cent of global coffee exports.
‍
Coffee was first introduced to Vietnam by the French in 1857, and the French influence can be seen in Vietnamese coffee, which is often roasted black or French-style.
‍
The Vietnamese coffee industry had a boom following political and economic reforms in the 1990s, with the country achieving great success in specialist coffee markets over the last 15 years.
The majority of Vietnam's coffee bean plantations are concentrated in the region of Da Lat, which has been affectionately dubbed "Europe of Vietnam" due to its cooler climate and steep terrain, making it the capital of the robusta bean. They have a fairly unique way of preparing it - they roast coffee with rice wine, butter, and a pinch of salt.
‍
Coffee fact: Vietnam produces weasel coffee, where the coffee is collected from weasel droppings. Delicious! 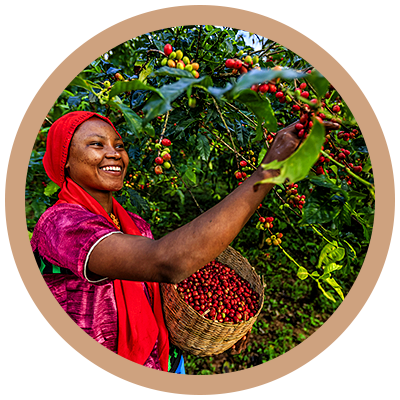 Ethiopia is not widely known for being the birthplace of coffee, despite the fact that it is widely thought to be the case. A goat herder named Kaldi is said to have discovered coffee plants when his goats consumed some cherries and were extremely energised as a result of their consumption. Ethiopians have a long history of customs and rituals that revolve around the consumption of coffee. In order to provide an energy boost on long voyages, it is likely that ground coffee was frequently mixed with butter or animal fat and shaped into little balls.
‍
Ethiopia has seen considerable political and economic instability over the past few decades. In the midst of this uncertainty, coffee-growing suffered a severe setback in 2003, resulting in a precipitous drop in the price of coffee. Because production costs were no longer being paid by sales, the vast majority of coffee producers were forced to leave their crops in order to survive.
‍
The coffee industry was able to recover from this setback and has since grown to become the leading coffee grower in all of Africa.
‍
Medium to full-bodied, Ethiopian coffees can have a wide range of flavour profiles that vary depending on how they are processed. Natural processing is used on the majority of Ethiopian coffees, resulting in a cup that is exquisitely fruity, with lively acidity and a dry edge. Some farms, on the other hand, prefer a washing technique, which brings out the flavours of jasmine and lemongrass while making the palate taste lighter and drier. Pour-over, cold brew, and drip are the most effective brewing methods for Ethiopian coffee.
‍
Coffee fact: Coffee plays a huge part in Ethiopian culture, with many important ceremonies being opened by the sharing of a cup of coffee. 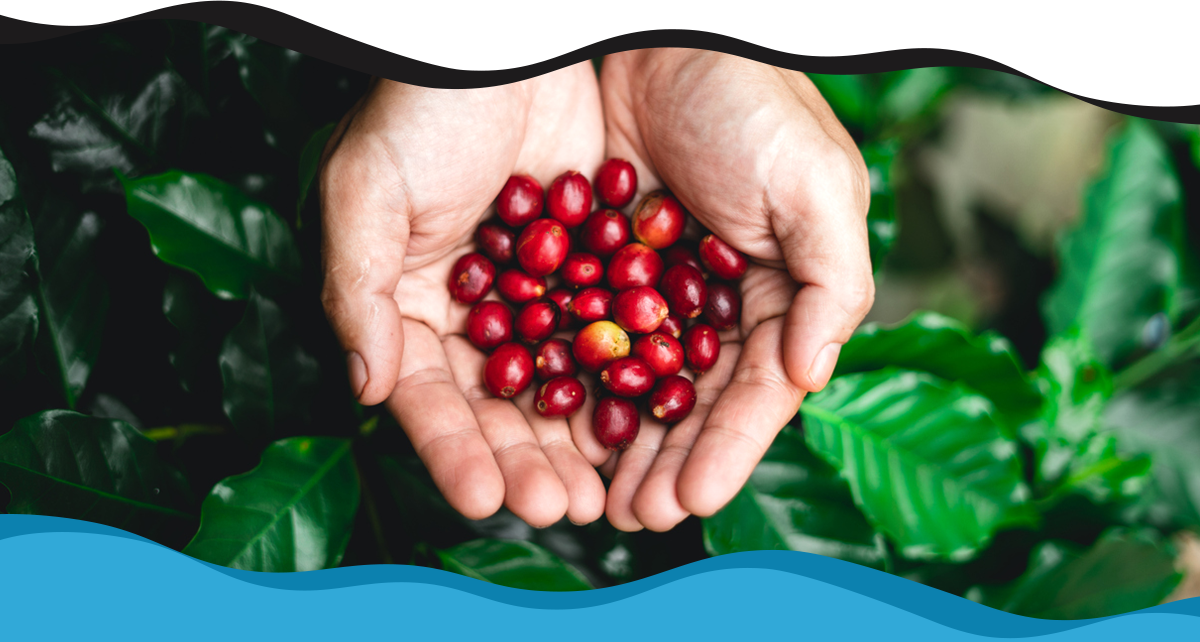 Each of the worlds largest coffee growing regions produces coffee beans with an individual and unique flavour profile. So whatever style of coffee you prefer, from rich and smooth to medium bodied and packed with taste, theres sure to be one to suit.
‍
As well as where the beans come from, it is the roasting process that plays a major part in the quality of the coffee that you drink. Here at PureGusto, were one of only a handful of suppliers that use convection roasting. This roasting method results in an incredible tasting coffee, and is part of the secret behind our award winning wholesale coffee beans range.
‍
We source our coffee beans from some of the worlds finest producers for exceptional quality in every cup, including unroasted coffee beans for those who prefer to roast in-house. Our range includes single origin options, as well as expertly blended coffees that deliver truly incredible taste. And with FairTrade and ethical coffee, you can be confident that workers at every step of the supply chain are treated fairly.